Having engaged in series of consultative dialogues with stakeholders in Enugu state towards having a state action plan on women peace and security, WILPF Nigeria in collaboration with the state Ministry of Gender Affairs held a one day validation meeting with stakeholders on the draft SAP on WPS. The meeting was held on the 30th of November 2021 in Enugu State. The analysis from the last meeting held on the 24th of February 2021 where stakeholders identified the emerging and key issue in the state served as guiding pillars in the drafting of the SAP framework on WPS. The analysis birthed the draft framework SAP on WPS which forms the bedrock of the validation meeting to validate the draft document.
The meeting stated with a welcome address from WILPF Nigeria, with the program officer for WILPF Nigeria, Jane Siesi who gave an overview on what a SAP on WPS is all about, the importance of Enugu state having a SAP on WPS and previous activities held towards having the SAP in the state which the last meeting held birthed the draft document. She also stated that the process although is in collaboration with the state ministry of gender affairs but all stakeholders have a major role to play in ensuring that the document becomes a road map of actions for the state.
The key note address was given by the Director of Gender Affairs Mrs. Esther who reassured WILPF Nigeria of the ministry’s support to the process and also on the importance of having the document delivered as it is coming at a good time.
Following the keynote address, the overview of the draft SAP was led by the country director Prof Joy Onyesoh who had a break out session for the participants according to the four pillars of the SAP on WPS. Each group was to handle the pillar of the SAP and present what the group had done by making input on the draft document. She later added that the inputs made by the stakeholders will form the final copy of the SAP on WPS hence it should be well scrutinized by the participants.
Upon presentation by each group working on each pillar, the country director spoke on the need for effective advocacies to the office of the first lady, the government house and the state house of assembly and representatives on the SAP on WPS. The meeting was brought to an end with group photograph and housekeeping by the admin officer of WILPF Nigeria. 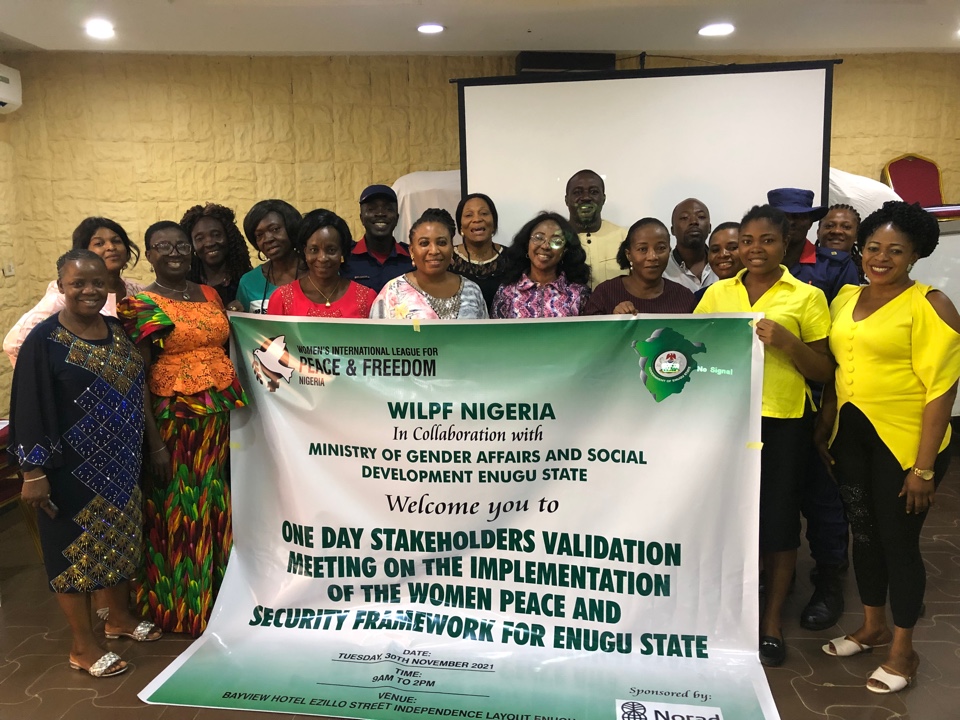 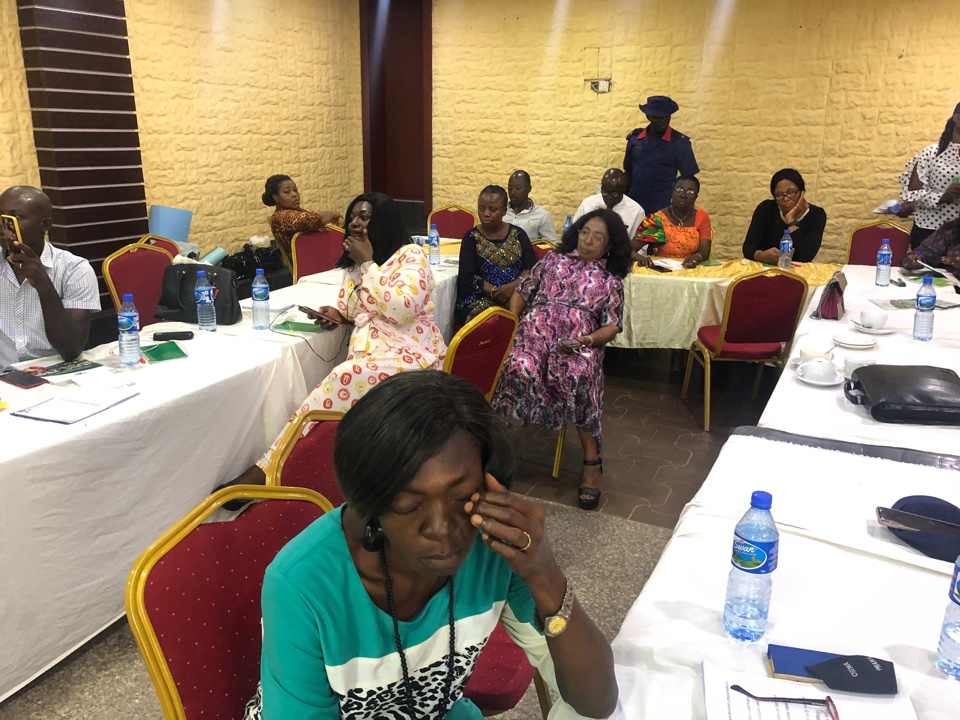