Further to the review of the weekly reports from our EWAR center and trained volunteers, the reports from our analysis identified incidences of violence ranging from gunmen attack, cultist attacks, and abduction, killings of security officers, burning of security offices and vehicles, violent crimes at various locations by gun-wielding men amongst others. With the current security tension in the state and ahead of the state’s gubernatorial elections, we saw the need to engage critical stakeholders to support the government in addressing the growing incidences of violence in the state especially as the dates of the state’s election draws near. It was on this note that WILPF Nigeria held a one day stakeholders on the 20th of October 2021 to share the reports of our gendered assessment conducted in the state and our reports from the month of April to October from the early warning and response center ahead of the state’s election coming up in few weeks stating the gendered perspective to the possible violence that could occur in the state and how they affect women and girls.

• To share reports of violence assessment and EWAR reports conducted in the state with stakeholders.
• To strengthen capacities on the gendered perspective of VAWE especially as the states election draws near
• To enlighten stakeholders on the roles of EWAR center during the elections

The main event commenced with an overview of the program and objectives of the program which was immediately followed by an overview of what EWAR is all about and the EWAR center which was launched by WILPF Nigeria earlier in the year with activities carried out by the center since its inception till date. This raised discussions from the participants especially on the presentation of the weekly EWAR reports. All questions raised from the presentations were duly answered. Further to this, the next session on the violence assessment conducted in the state was presented and a group activity was conducted for the participants. 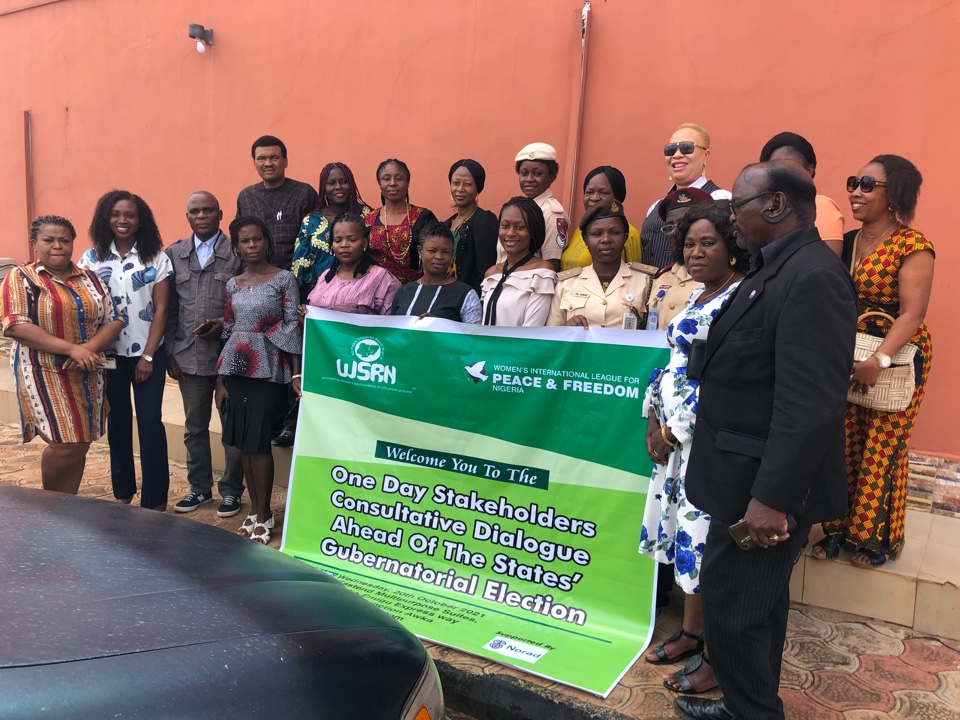